In this breakthrough online workshop series, you'll learn everything
you need to know about preparing a Chain of Title Assessment all
from the comfort of your own home. 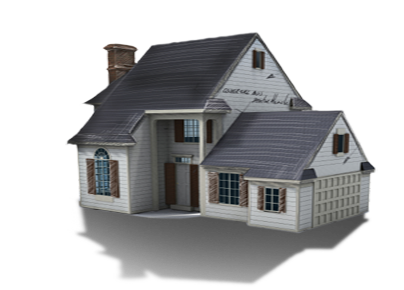 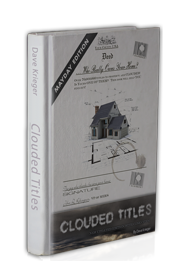 This book has been recommended to property owners
by U. S. Bankruptcy Court Trustees!

Since it’s release, the book has generated hundreds of Chain of Title Assessments that have been
utilized by attorneys in client case development and has also resulted in getting the attention of certain
county recorders and clerks who have conducted audits and forensic examinations of their real
property records!

CLOUDED TITLES … it is as ominous as it sounds!

“Over the course of 14+ years, Mortgage Electronic Registration Systems, Inc. (MERS) has thoroughly unleashed a confusing mess of concealed electronic data, supplied by virtually all of the major players in the American financial arena.

…coupled with an intricate network of document preparers, it has virtually caused clouds on over 70,000,000 titles to property in every state in the United States.” Learn more

CLOUDED TITLES ... IT IS AS OMINOUS AS IT SOUNDS!

In 1998, a little-known Delaware entity began to creep silently into the county courthouses and recorder’s offices of America, dumping its very carefully-crafted documents into the official repositories, leaving not only just a mere token of its affection in the way of recordation fees but also setting the trap for a complete collapse of the nation’s legal control over property ownership and putting it in the hands of the corporate few. Over the course of 12+ years, Mortgage Electronic Registration Systems, Inc. (MERS) has thoroughly unleashed a confusing mess of concealed electronic data, supplied by virtually all of the major players in the American financial arena.

As a result of MERS’ actions, coupled with an intricate network of document preparers, it has virtually caused clouds on over 60,000,000 titles to property in every state in the United States. In doing so, its membership base has saved millions of dollars in recordation fees, by hiding behind MERS’ electronic wall. By doing so, it has deprived the counties of the United States millions upon millions of dollars in badly-needed recordation fees; necessary for not only maintenance of property records (one of the basic tenets of American wealth) but also for the funding of certain county services, which have then had to raise property taxes to accommodate the lack of funds or simply cut back on services it used to be able to pay for on its own.

The foregoing is just a small part of this mess. No one knows who really owns their mortgage loan because it is sold and resold many times over, hidden in the crevasses of bits and bytes of information only accessible by the sources that inputted the data in the first place. When the real information comes to the surface, it comes as a prelude to foreclosure against the homeowner. When the homeowner tries to find out who bought what from whom, he is stifled in the nation’s courts by judges who don’t understand this network of trickery and deceit.

And the storm continues to brew …

and YOU can’t legally sell your house with a cloud on the title!

The question is … how will you know you haven’t been affected by this chicanery?

CLOUDED TITLES exposes the many facets of what MERS has now become and covers the issues that borrowers and property owners are facing; along with suggestions and ideas for seeking remedy in state courts … the only place in America with any saving grace. This book goes into some detail about the quiet title action and what it means to property owners with clouded titles. The author himself has been involved in them and is currently on the front lines covering the issues, which come with your purchase in the form of monthly newsletters. This book is a must for all truth-seekers that want to find out more about how the securitization mess on Wall Street affected American property owners on Main Street. 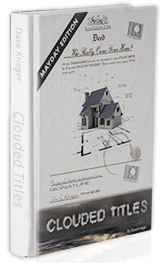 Latest News From the Blog